This is the eerie moment video footage appears to show a woman’s soul floating out of her body in a China hospital.

The footage shows a woman lying prone on a bed in a hallway in the hospital.

She has a white sheet draped over her and is lying perfectly still. 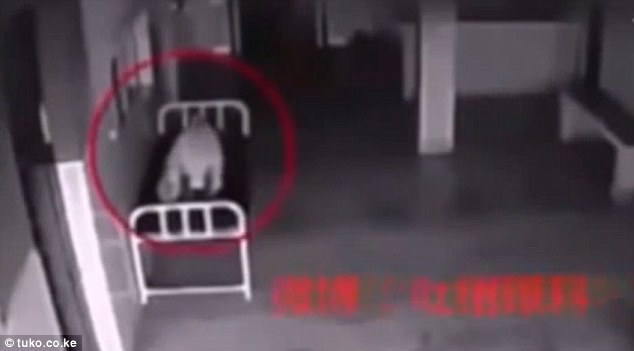 A spirit-like figure seems to rise from her body.

It drifts for a moment over the woman on the bed before sailing out of the door.

According to a writer on Tuko: ‘It has captured a unique experience we all are doomed to undergo – the death.’ 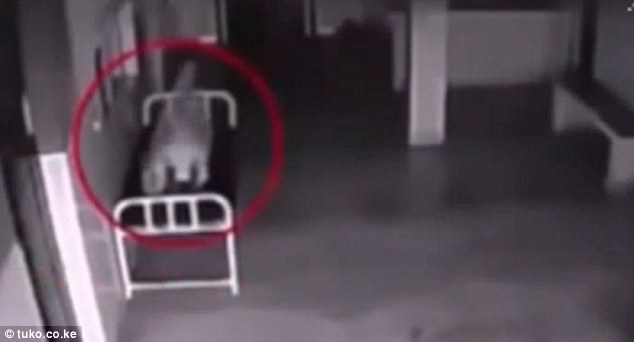 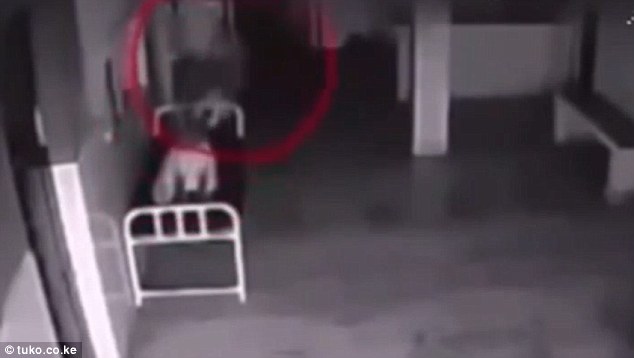 The spirit ‘floats’ out towards the door of the hospital

It is not clear what hospital the woman died in, nor whether there is evidence the video was been doctored.